Old newspapers can contain wonderful stories which illuminate the lives of our ancestors.  I use dozens of newspaper sites to conduct these searches but Elephind.com has been touted as the new "one stop shop" for newspaper searches.  Dick Eastman blogged about it this morning in his blog entitled: Eastman'sOnline Genealogy Newsletter.  Does Elephind.com truly allow you to search "all of the world’s digital newspapers from one place and at one time."

Eastman ran a simple search and the very first article on the list was from the San Francisco Call of 6 September 1891 about a Vermont moonshiner named Eastman:


The moonshine article reminded me of one of our family’s favorite ancestors: William Phebus, 1868-1950, who was an Oklahoma lawman who was particularly active during prohibition.  I put “William Phebus” into the search at Elephind.com and instantly found an article that I had not seen before in the Durant Weekly News of January 14, 1921:

GOOD CORN LIQUOR LOST
A tip that an auto loaded with booze was due to go through McAlester between midnight Saturday and sun-up Monday morning, produced the biggest haul in many a day for James B. Dowell, federal enforcement officer, who along with William Phebus, chief of police of Krebs, and John Larison, McAlester officer, intercepted the auto at 3 o'clock Monday morning, getting sixty-nine gallons of corn whiskey.
One of the men who gave the name of John Smith, of Hollis, Arkansas was captured, but the driver of the car eluded the officers. 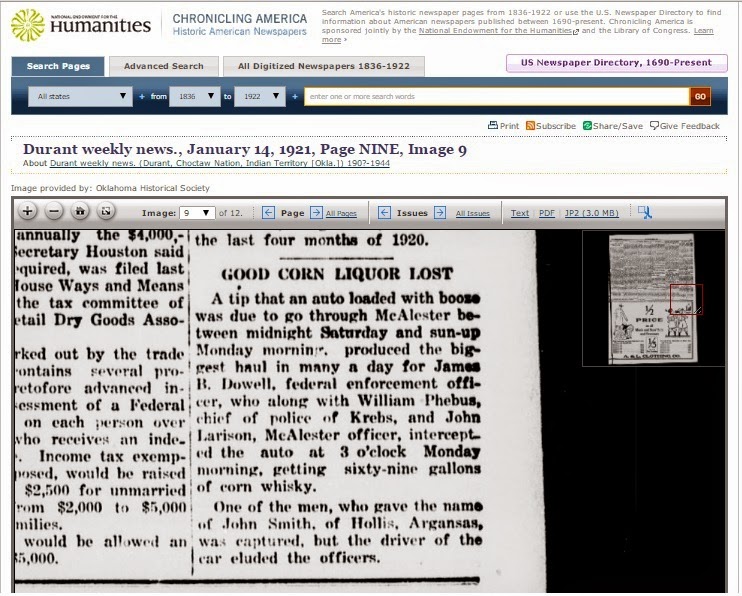 The reason that I had not found this article before was that I had been focused on papers from Pittsburg County, Oklahoma.  Elephind.com had already proved its usefulness in one simple search.  However, I know from prior research at the Chronicling America website and the Gateway to Oklahoma History website that there were many more articles about William Phebus than the two articles found at Elephind.com.

I tried another search for “Phebus + McAlester” and a few more articles appeared but still not as many as I had already found.  Suffice it to say that Elephind.com is a helpful website for newspaper research but continue to use the search engines at the federal, state and local newspaper sites that seem to be emerging daily. 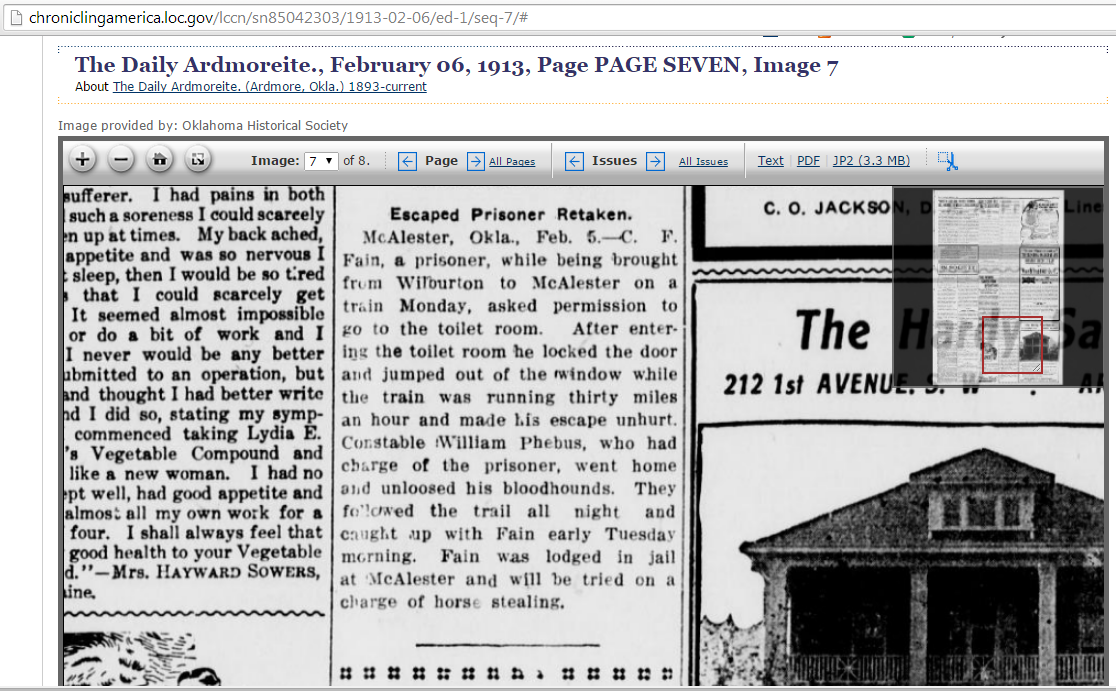