Not many books about Texas history are written from the vantage point of a former slave.  Joshua Houston was an enslaved servant to Sam Houston, one of the most iconic figures in Texas history.

This book paints Sam Houston as a benevolent slave owner who provided his slave, Joshua Houston, with the advantage of literacy and responsibility for the care of the family of the first President of the Republic of Texas and the first U.S. Senator and the seventh governor of the State of Texas.  Joshua Houston was able to parlay his skills and advantages into prosperity both during and after slavery which created one of the most enduring legacies in Texas history.

The co-authors, Patricia Smith Prather and Jane Clements Monday have created an intriguing story told in 276 well illustrated and documented pages.  The dust jacket includes a quotation from Barbara Jordan, another iconic figure in Texas history: "The book will make a lasting contribution to those who wish to put a human face on slavery.  I congratulate you on taking the institution of slavery out of the remote rhetorical and giving names, faces, identities and feelings to those who served."

Sam Houston acquired Joshua through his marriage to Margaret Lea of Alabama on May 9, 1840.  Joshua was 18 years old at the time of the marriage and the move to Texas.  Margaret Lea had acquired Joshua through the bequest of her father, Temple Lea.  In later life, Joshua Houston loved to tell the story of how the gallant hero of the Battle of San Jacinto came courting his mistress in Marion, Alabama. 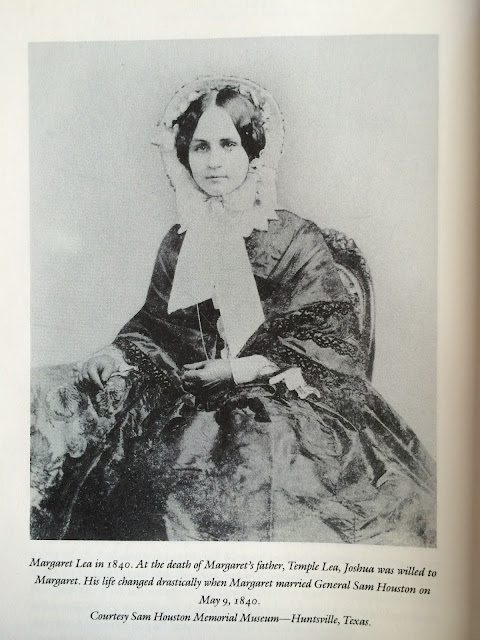 Joshua Houston was a trusted servant who helped to raise money for his owners by being hired out as a blacksmith.  He was also skilled in carpentry and agriculture as well as serving as the driver and confidant to Sam Houston on the campaign trail throughout Texas from 1840 to 1863.  In the fall of 1862, in anticipation of Lincoln's Emancipation Proclamation, Sam Houston had declared all of his slaves free.  It was illegal to free his slaves under the Texas Confederate constitution but Sam did offer his slaves their freedom and offer to pay them as long as he could.  Joshua Houston offered to continue working for the Houston family and did until the general's death in 1863. 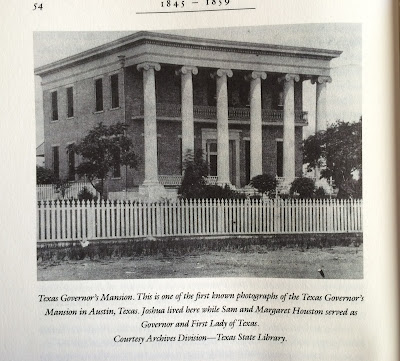 At the time of Sam Houston's death, his family was in desperate straits.  Out of loyalty to Margaret Lea Houston, Joshua offered her $2,000 in gold that he had saved during slavery.  His owners had allowed him to keep a portion of the money that he had earned.  The following timeline includes a list of accomplishments for Joshua Houston that proves that he was a remarkable man whose legacy will endure in Texas history. 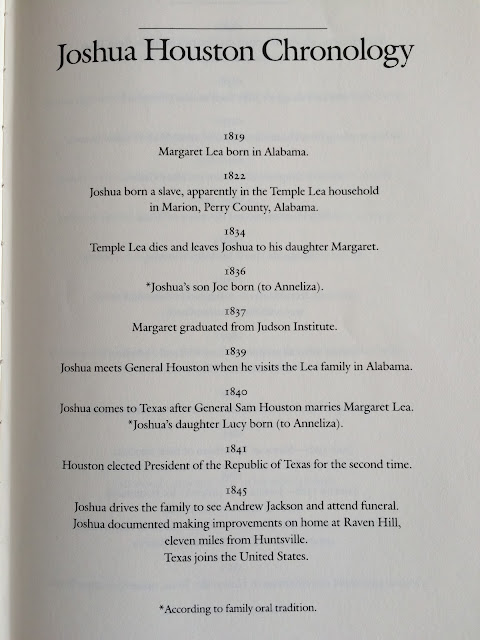 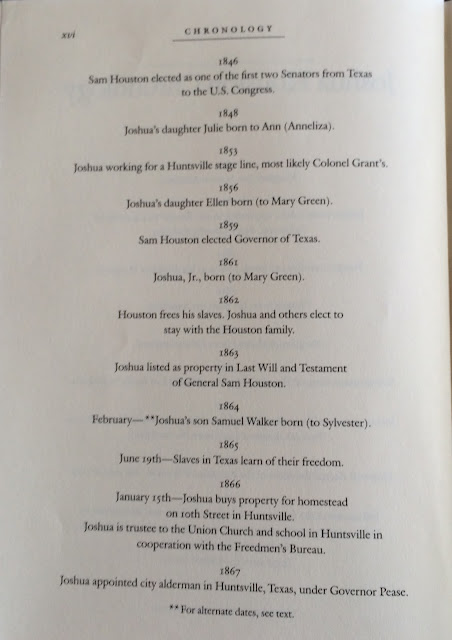 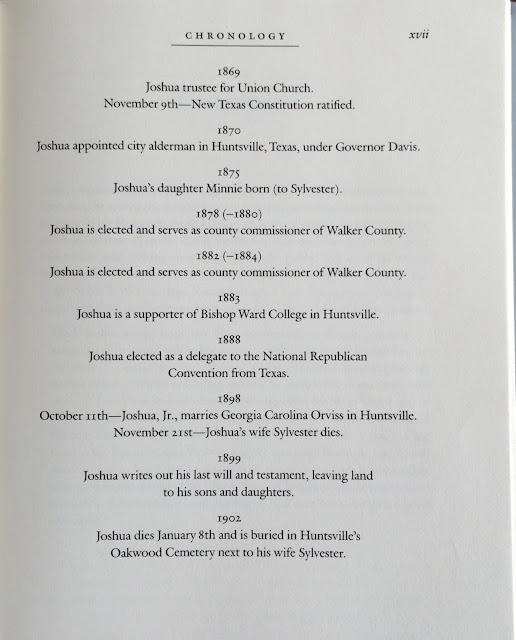 The life story of Joshua Houston is excellent reading for anyone interested in southern social history before, during and after the Civil War. The source material includes slave autobiographies and biographies, Houston family letters; oral histories of descendants  of both Houston families; birth, marriage and death records; land records and deeds; and church and school records.  The source notes are an excellent overview of the wealth of material available to genealogists and historians of African American families.
Posted by Nick Cimino at 4:21 PM