Rev. Henry S. Doyle - "All the Rights That the Constitution Allowed"

What shall I say? We have heard from our brethren on this side of the water. We have heard from our brethren from both sections of our country across the water. We have heard from a representative of our people. It seems that in the sad calamity that has befallen our President all of us, loving each other when we came here, have already learnt·to love each other better. I do not know what worse thing could have happened when I heard this morning that our own beloved President had been shot. When I say "Our President," I mean that Wm. McKinley is such a President that all peoples and all races of our common country can claim a part in him. I have known Mr. McKinley myself for some years. The first time I saw him or heard him was when I was a student in college, and he was pleading for the supremacy of his party in the affairs of his own State, Ohio, and closed a magnificent address with words that appealed for equal rights to all the people of the country in the administration of the affairs of the Goverment.

Mr. McKinley then related an incident "that in the battle of Fort Bodello, when the armies of the North were in danger, the colonel called his colour-bearer, who was a negro, and said to him: "Take this flag; carry it into battle, and do not come back without it." That coloured man, with tears on his cheek, said: "Colonel, if I do not bring back the old flag I will report to God the reason why." The battle began; it raged fiercely and furiously. Ascending the fort of the enemy and plantlng the banner upon its ramparts, a bullet pierced the body of the colour-sergeant, and he fell, but ere he expired he wrapped the folds of the old flag about him. When the battle ceased, as they walked over the battle-field to collect the dead, they found this colour-sergeant. He did not bring back the flag, but he reported to God the reason why. President McKinley, then Major McKinley, narrated that incident, and said that people who had been so loyal to the Government; as that must have all the rights that the constitution allowed. It was then that I began to love Major McKinley. I have not ceased to love him since. I join with you in sorrow and sympathy, and pray that God may speedily restore to health Wm. McKinley, to hold with such pious hands, and govern with such wise counsels, the affairs of our great, and growing, and beloved country. 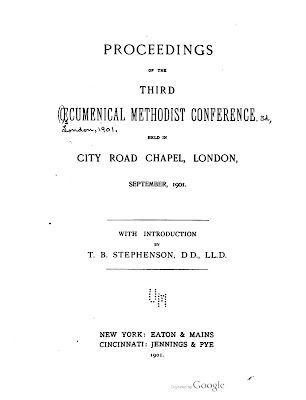 Henry Sebastian Doyle was born on January 8, 1867, in Macon, Georgia, the child of an emancipated slave woman named Millie. His death certificate states that his father was  John Doyle.  He married Anna Magnolia Walker on April 17, 1895, in Elmore, Alabama. They had four children during their marriage. He died of tuberculosis on October 31, 1913, in Kerr County, Texas, at the age of 46, and was buried in Shreveport, Louisiana.


H.S. Doyle was educated at Clark College in Atlanta and went on to study theology at Ohio Wesleyan University.  By the fall of 1892, he had returned to his native Georgia and given more than 60 speeches on behalf of a white Populist, Tom Watson, who was running for Congress.  Watson was attempting to create a new Populist Party by uniting whites and blacks against the established power base of the wealthy white elites.  Doyle was willing to risk his life in support of this idealistic politician.  Watson told the poor from both races: “You are kept apart that you may be separately fleeced of your earnings,” Watson told a racially integrated audience at one meeting. “The accident of color can make no difference in the interests of farmers.”

Doyle received death threats. Watson offered him sanctuary in his home and rallied supporters in the area to his defense. Populists gathered at Watson's home with guns in hand. The crowd then proceeded to the local courthouse, where Watson vowed to protect Doyle and other African American Populists:  “We are determined in this free country that the humblest white or black man that wants to talk our doctrine shall do it,” he stated, “and the man doesn’t live who shall touch a hair of his head, without fighting every man in the People’s Party.”


For H.S. Doyle and other African Americans, the election of 1892 was an opportunity to obtain "all the rights that the constitution allowed." . The violence that he experienced during that election illustrated that Southern leaders were organizing to deprive African Americans of their voting rights. Ultimately, even Watson would betray his African American supporters. He opportunistically abandoned his egalitarian ideals to ride the rising tide of white supremacy.

The Jim Crow South victimized African Americans in conditions that were little better than slavery. Most were subjected to a sharecropping system that resulted in a downward cycle of poverty. These landless farmers were burdened with oppressive debts for the cost of rent, seed, tools, and other supplies.  This created a "Great Migration" to urban centers both North and South in search of jobs, community and the promise of a better life.

Reverend Doyle pastored several churches in Georgia and Alabama and then moved to Washington, D.C.  He moved to Kerrville, Texas as it was considered a healthful place for sufferers of lung diseases.  His life ended too soon and somewhat obscurely in Texas but he lives on in the collective memory of his descendants and in history for his articulate words on behalf of liberty and justice for all.