I am a sucker for old family bibles.  I have seen several at estate sales and I have purchased them in the hopes of reuniting them with someone who will treasure and preserve them for future generations.  Before I send them to their new home, I take the time to preserve the images and publish them.

I created dozens of images for the two bibles which can be accessed on Google Drive at the following link:

The two bibles were recently purchased at an estate sale as follows:

According to the Harris County Texas Appraisal District the 2018 owner of record for this address is:

Julia is or was a widow whose maiden name was Chatterton.  She is the daughter of Harley Herschel Chatterton and Laura Helen Park.  Harley was the son of Hiram Lincoln Chatterton and Amanda May Harmon.  Amanda's sister, married a man named John Lawrence Baum. They appear to have had no heirs. The Baum Family Bible contains family record data and photographs for an Ohio family who were the ancestors of John Lawrence Baum.  I will provide more details on the Baum family in a future blog post.

Here are further details on the Chatterton bible:

IMG_2246 and 2247 show the cover of the Chatterton family bible.  The spine is embossed with the initials H.L. Chatterton so it is most likely that Hiram was the Mr. Chatterton that had the bible rebound. The front cover says Old Family Bible. The Bible was published by G. & C. Merriam in 1846. 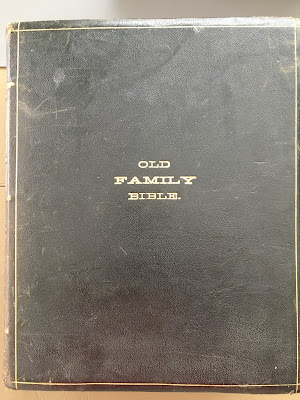 Images were created for the most interesting pages in the bibles starting with IMG_2187 to IMG_2304.  All of the images can be viewed at the following link: https://drive.google.com/open?id=1u26iToat5BnvqvhCuI7TbYyWBvIdq8Mm

Several of the images relate to pressings, clippings and papers that were interspersed in the pages of the bibles.  Most of the loose papers are family records in a variety of handwriting styles. Several references to bible verses were also found on loose papers but they were not copied. 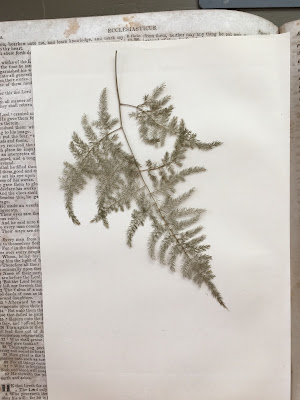 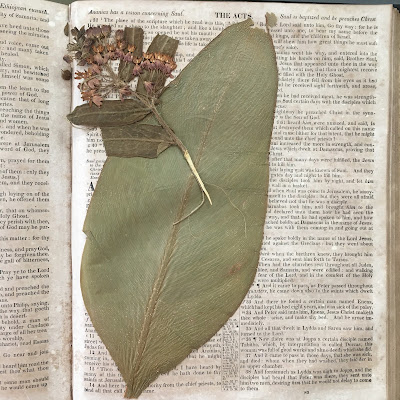 IMG_2248 of the Chatterton Bible was found inside the cover page with the following inscription: 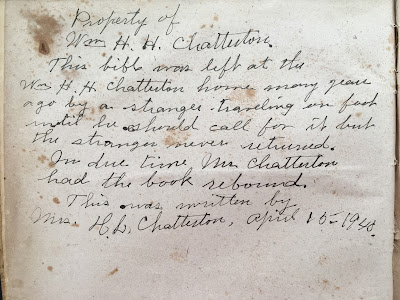 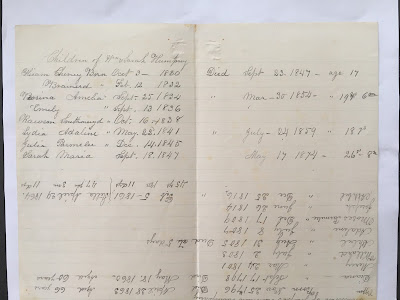 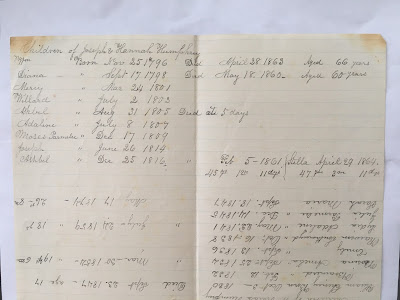 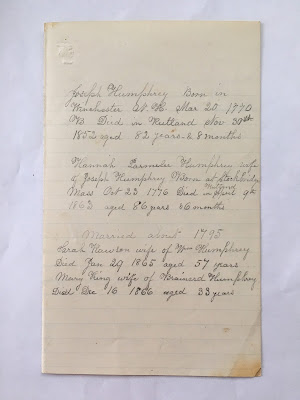 In the family tree I created entitled Chatterton and Baum Family Bibles, I attached the images to galleries for the persons. I included more details about the images in the galleries in this family tree. It is a public tree so feel free to attach the images to your tree, if they relate to your family.

The Chatterton family bible has been donated to an archive in Iowa. If you are interested in seeing the Chatterton Family Bible, in person please contact the Clay County Heritage Center as follows: