A collection of photos and ribbons related to the Gilmore Family of Weeping Water, Cass County, Nebraska were purchased by Nick Cimino of League City, Texas at an antique store in Jasper, Arkansas about 2016:
Emma's Museum of Junk
Address: 203 Court St, Jasper, AR 72641
Phone: (870) 446-5865

A copy of this document and all of the photos and ribbons has been placed in the gallery of Margaret Hampton Hoover in my Heirlooms Family Tree at Ancestry.com at this web address:
https://www.ancestry.com/family-tree/person/tree/43540551/person/12789229514/gallery

If you are interested in having digital copies of these materials please contact Nick Cimino at ancestorpuzzles@gmail.com

The photos include the following people: 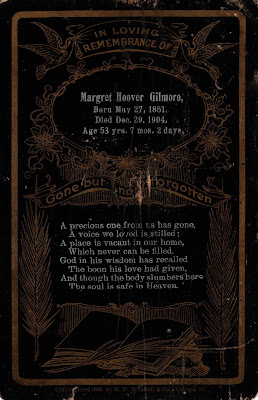 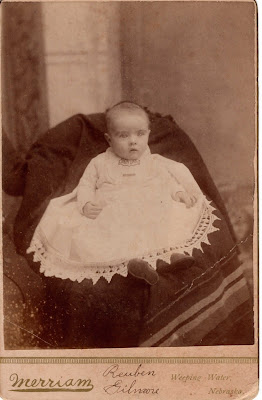 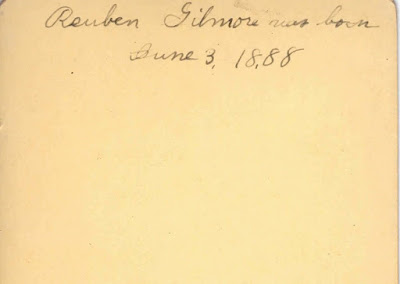 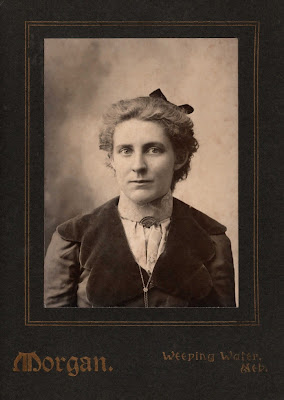 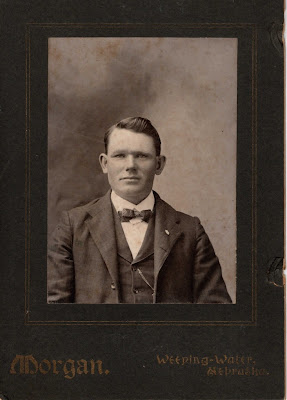 Clyde Joseph Gilmore is a son of Margaret Hampton Hoover Gilmore
BIRTH 18 JAN 1884 • Quincy, Greenwood, Kansas, USA
DEATH 5 FEB 1965 • Arkansas City, Cowley, Kansas, USA
BURIAL • Parker Cemetery, Arkansas City, Cowley, Kansas, USA
The photographer mark says Jones, Chillicothe, Missouri and the back of the photo says Clyde Gilmore. Chillicothe, Missouri is about 200 miles away from where Clyde Gilmore lived in Weeping Water, Nebraska so it seems most likely that he was on a visit when this photo was taken. There is an unidentified boy in the photograph. 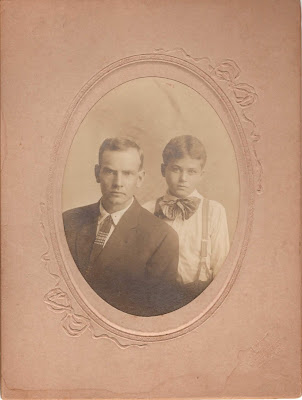 
There is an unmarked photo with a man wearing a hat who looks very similar to both Raymond Gilmore and Clyde Gilmore. 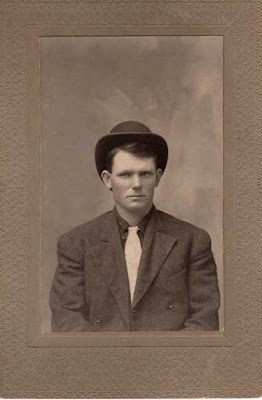 In addition to photographs and the funeral card there were also two ribbons that were part of this heirloom collection. The first ribbon has a medal inscribed Hastings, the Queen City with the Odd Fellows fraternal symbol. The ribbon states 75th Annual Session Grand Lodge I.O.O.F. of Nebraska, Hastings, Oct. 19-20, 1932. 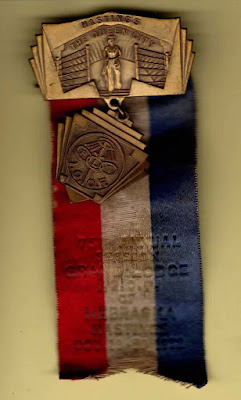 Another photo of the I.O.O.F. Medal/Ribbon shows that the ribbon is curling on the end. 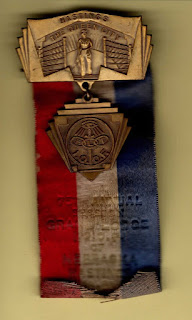 This last photo shows the back side of the Modern Woodmen Log Rolling ribbon with the manufacturer’s information. 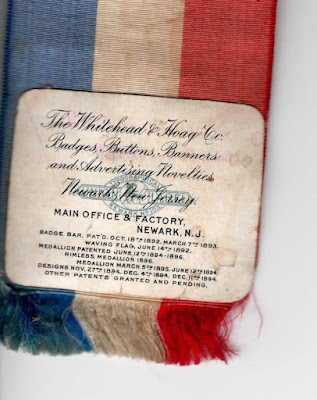